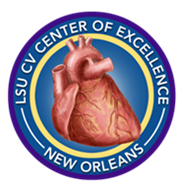 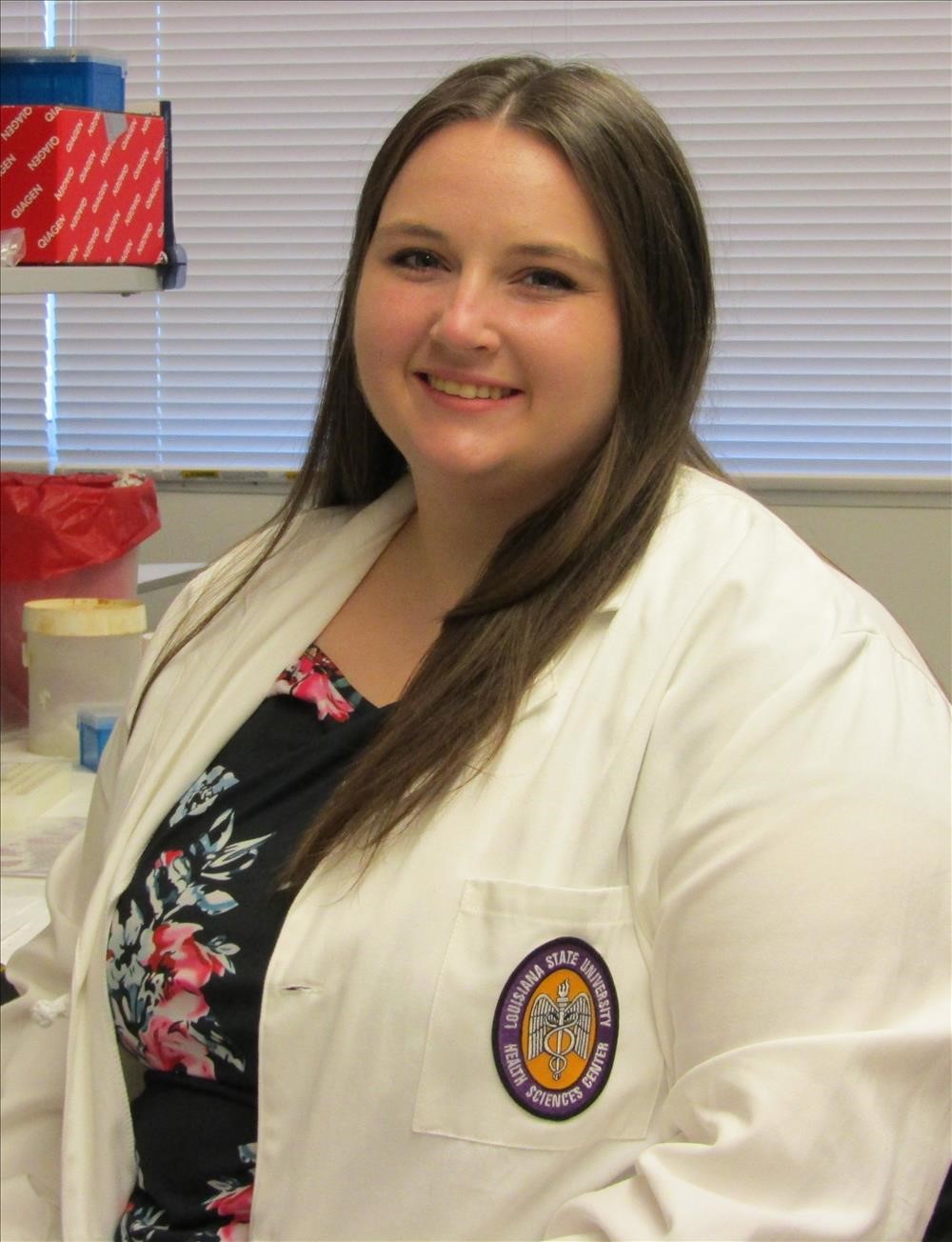 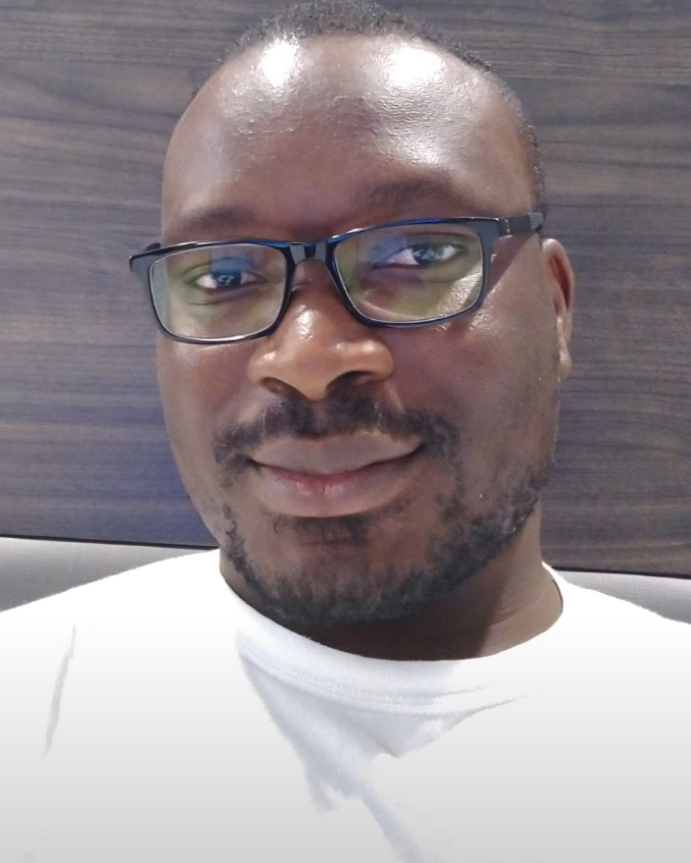 The Cardiovascular Center of Excellence has been awarded a National Institutes of Health (NIH) / National Heart, Lung, and Blood Institute (NHLBI) grant, in partnership with the University of Pittsburgh, to research the 'Cardioprotective Role of Humanin.'

Myocardial ischemia-reperfusion (MI-R) injury remains a significant healthcare burden in the United States. I-R induces significant bioenergetic changes in the heart with increased reliance on glycolysis during ischemia and fatty acid oxidation (FAO) in the reperfusion phase, changes that exacerbate injury through oxidative stress. Inducing a metabolic switch to favor glucose utilization over mitochondrial FAO limits oxidative stress and I-R injury. However, there are currently no known therapies that safely and effectively induce this switch. This grant will research the roles of humanin (HN), an endogenous mitochondria-associated peptide, that can potentially fulfill this unmet need.

Both David J. Lefer, Ph.D., CV Center Director, and Radhika Hiren Muzumdar, M.D., Chief, Pediatric Endocrinology at the Universityof Pittsburgh, will serve as the grant's principal investigators. The CV Center is the receipent of a subaward, which will bring in more than $410,000 in both direct and indirect fund to the center.

The reauthorization signifies the center’s successful representation as ‘a unit that is accountable to higher expectations of performance and productivity and demonstrates that it is a statewide (or beyond) leader in the area of designation.’

In order to qualify for reauthorization, a Center of Excellence should have the following attributes:

As we continue on our mission of research excellence, we would like to thank those that have assisted us to get where we are today.

Special thanks to Nicole Honoree and Dr. Joseph Moerschbaecher!

David Lefer, PhD, Director of LSU Health New Orleans’ Cardiovascular Center of Excellence, was inaugurated as President-Elect of the International Society of Heart Research – North American Section at its 37th Annual Conference in Halifax, Nova Scotia. He will serve a three-year term before assuming the presidency.

According to the Society, the mission of the International Society of Heart Research is to promote the discovery and dissemination of knowledge in the cardiovascular sciences on a worldwide basis through publications, congresses and other media. Membership has grown to include more than 3,000 members. The Society has seven sections – North American, Australasian, Chinese, European, Indian, Japanese and Latin American.

Dr. Lefer, who is also a professor of pharmacology, has been working in the fields of myocardial protection and coronary physiology for more than 20 years. He is an internationally recognized leader in understanding the role of nitric oxide and other nitrogen oxide-metabolites in ischemia-reperfusion injury to the heart. His laboratory was among the first to demonstrate the profound loss of endothelial cell-derived nitric oxide from the coronary circulation following coronary artery occlusion and reperfusion. Lefer’s laboratory was the first to report on the potent cardioprotective actions of nitric oxide in acute myocardial infarction and congestive heart failure.

We are pleased to welcome Dr. Qinglin Yang as the newest addition to the Cardiovascular Center. Dr. Yang joins us as a full professor from the University of Alabama at Birmingham.

Dr. Danielle GottliebSen's, Assistant Professor, manuscript was accepted to the Annals of Thoracic Surgery under the title of, 'The Transcriptional Signature of Growth in Human Fetal Aortic Valve Development'.

See below for the contents of her abstract:

In the second trimester of human fetal development, a tenfold increase in fetal size occurs, while cardiac valves grow and retain their function. Patterns of transcription in normally growing human aortic valves are unknown.

We observed phasic transcription over the time course, including an early decrease in cell proliferation and developmental genes (14-15 weeks). Pattern specification, shear stress, and adaptive immune genes were induced early. Cell adhesion genes were increased from 14-20 weeks. A phase involving cell differentiation and apoptosis (17-20 weeks) was followed by downregulation of endothelial-to-mesenchymal transformation genes, then by increased ECM organization and stabilization (20-22 weeks).

Dr. Goodchild to Give Presentation at TCT 2018 in San Diego

Dr. Goodchild was invited to speak at the annual Transcatheter Cardiovascular Therapeutics (TCT) in San Diego this August. Her abstract was accepted with the title of, "Renal Denervation Improves Cardiac Function in a Swine Model of Heart Failure".

Transcatheter Cardiovascular Therapeutics (TCT) is the world’s largest and most important educational meeting specializing in interventional cardiovascular medicine. For 30 years, TCT has been the center of cutting-edge educational content, showcasing the latest advances in current therapies and clinical research. We hope that our longstanding commitment to lifesaving innovation translates into improved patient care.

Dr. Goodchild will be joined by Dr. Sharp in San Diego to represent the LSUHSC New Orleans Cardiovascular Center! 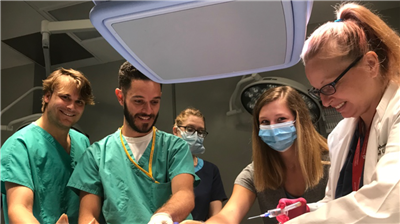 On Wednesday, July 18 the Cardiovascular Center will host the Inaugural Dr. Gerald Berenson Summer Student Symposium. The event will allow our four summer students to present their research for feedback and critque as they continue towards their careers of becoming researchers and physicians.

Presentations to be given by:

Dr. Goodchild was awarded an LSU Leveraging Innovation for Technology Transfer (LIFT^2) Grant to fund her research for the project entitled, "Renal Denervation in Conjunction with Cell Based Therapy to Treat Myocardial Injury." The award will total $50,000 from May 15, 2018 - June 30, 2019. 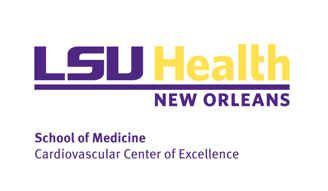 This award through the Thoracic Surgery Foundation recognizes and supports research efforts of one women cardiac surgeon in the United States each year. Dr. Gottlieb-Sen will evaluate genes believed to be important in aortic valve development.

The Thoracic Surgery Foundation honored Dr. Gottlieb-Sen at a VIP reception during The Society of Thoracic Surgeons 54th Annual Meeting with the Nina Starr Braunwald Award. This award, in honor of the first female cardiothoracic surgeon, intends to encourage and support women cardiac surgeons to make substantial contributions to their field of clinical surgery and research. Dr. Gottlieb-Sen received this award based on the proposed work of understanding the mechanisms of aortic valve development, with the long-range goal of identifying novel therapies for patients with CHD.

Clinically relevant innovations are an important component of Dr. Gottlieb-Sen’s laboratory efforts. This grant will fund prototype development of a novel device to autonomously monitor children with CHD, and has relevance beyond the pediatric population.

Dr. Gottlieb-Sen is the site Principal Investigator for a multisite study developed and led by Boston Children’s Hospital. The CAMEO Study evaluates nursing cognitive workload as a way to inform staffing decisions with the ultimate goal of improved clinical outcomes.

The Society of Thoracic Surgeons chose Dr. Gottlieb-Sen’s late breaking abstract for oral presentation during the national meeting where she presented her lab’s findings about genes turned on and off during fetal valve development.

Hydrogen sulfide (H2S) is an important regulator of mitochondrial bioenergetics, but its role in regulating mitochondrial biogenesis is not well understood. Using both genetic and pharmacological approaches, we sought to determine if H2S levels directly influenced cardiac mitochondrial content.

The Cardiovascular Center's own, David Polhemus, Ph.D., was profiled in an edition of the American Heart Association's Circulation Research journal. The journal discusses David's career from the start including his work with Cardiovascular Center director, David J. Lefer, Ph.D. See bellow for a small excerpt from the story as well as a link to the full text:

"Baseball aficionado, David Polhemus, is not one to let a strike avert a home run, nor does he allow a temporary setback in science prevent him from accomplishing the task at hand. David double majored in Chemistry and Economics at Emory University. He recently graduated with a PhD in Pharmacology and Experimental Therapeutics. David currently works in the Lefer lab at Louisiana State University’s Health Sciences Center in New Orleans."

Dr. Lefer Appointed to Editorial Board for Journal of Molecular and Cellular Cardiology

Dr. Lefer has been appointed to the editorial board for the Journal of Molecular and Cellular Cardiology. His role will allow him to peer review publications for the journal relating to his concentrations in cardiovascular research.

Please join us in congratulating the LSUHSC Cardiovascular Center of Excellence’s own David Polhemus, Ph.D. for receiving the Chancellor’s Award at the Graduate Research Day Award Ceremony this past Friday, November 3, 2017. The award is given to each year to “a high ranking graduating student who has done the most to promote the health sciences and the School before the public. Selection is made by a committee of the faculty appointed by the Dean, with consultation by members of the graduating class.” 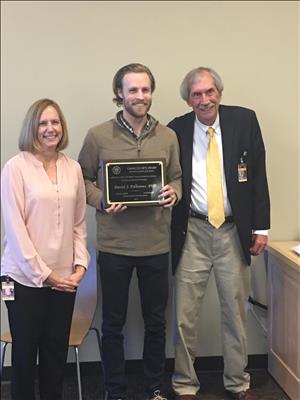 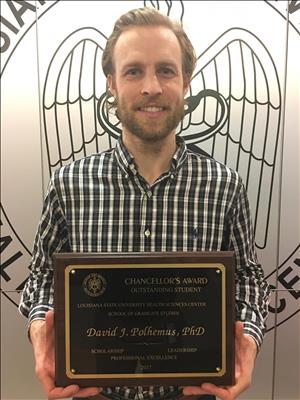 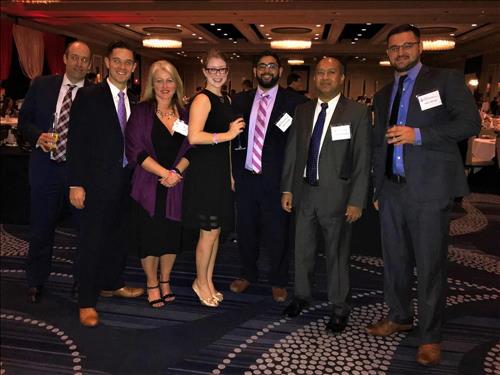 "The 19th annual “Women of the Year” will be recognized at a noon luncheon Thursday, Nov. 2 at the Hyatt Regency, when an overall Woman of the Year will be announced. A special insert spotlighting all “Women of the Year” honorees will run in the Nov. 10 issue of CityBusiness." (via New Orleans City Buisness)

To view all the nominees for this prestigous award, click here New Orleans CityBusiness.

Cardiovascular Center Published in Journal of the American College of Cardiology 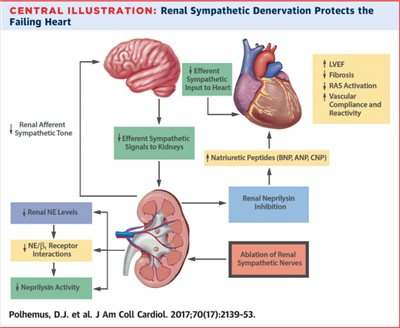 The Cardiovascular Center of Excellence, along with the Department of Pharmacology and Experimental Therapeutics, led an all LSU Health New Orleans original investigation into understanding, "Renal Sympathetic Denervation Protects the Failing Heart Via Inhibition of Neprilysin Activity in the Kidney." The investigation was led by CV Center members David Polhemus, Ph.D., Rishi Trivedi, Ph.D., Zhen Li and Amy Scarborough.

The study had a clear objective that 'investigated the effects of radiofrequency renal nerve denervation (RF-RDN) on the pathobiology of HF and the interaction between the renal sympathetic nerves and natriuretic peptide (NP) metabolism.'

The LSUHSC Center of Excellence in Cardiovascular Research hosts an exciting Cardiovascular Biology Seminar Series! Renowned scientists from prestigious and innovative institutions visit our Center regularly, sharing ideas and inspiring us to become the best. Please take a moment to view the LSU Health Science Center Medical School – Seminar Calendar. These seminars are golden opportunities to learn and visit with other scientists who aspire with similar interests.

New Orleans, LA (August 28, 2017) – LSU Health Cardiovascular Center of Excellence received a grant award from the National Heart, Lung and Blood Institute to research the development, a novel agent, MSI-1346, for therapeutic stimulation of heart regeneration following acute myocardial infarction and heart failure. The grant will provide more than $500,000 in funding over two years to LSUHSC-New Orleans along with Novo Biosciences in Bar Harbor, Maine in ongoing research for the project.

New Orleans, LA (August 11, 2017) – Adenopaint, LLC of Atlanta, GA, in conjunction with LSU Health New Orleans Cardiovascular Center of Excellence, has been awarded an SBIR Phase II grant in the amount of $1.3 million over two years by the National Heart, Lung and Blood Institute.

The funding will be used to study the company’s Adenowire, a novel guidewire coated with a drug which is released during percutaneous coronary intervention (PCI) to prevent and reverse vascular and cardiac tissue injury during PCI and therefore improve outcomes in cardiovascular diseases.